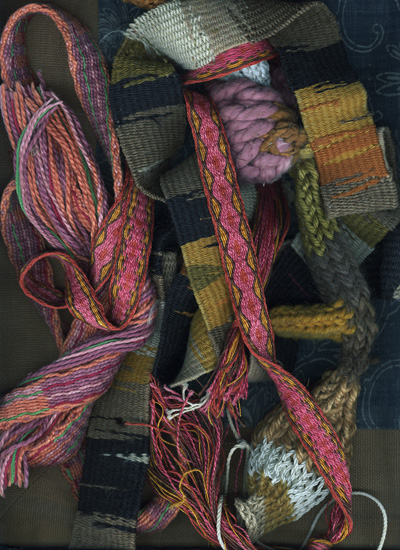 We studied textiles. We sat at looms. On long woven samplers, we traced the history of weaving. We threaded cards and heddles. We twined and knotted and looped our way through the millennia.

Then we twisted and bent and folded and amplified what we had learned to find our own language of fiber. One of the women said, I hate making all these little pieces; I have a drawer full of them. I want to make something big. And Ed Rossbach said, Think of Leonardo: all those drawings. Think how many sketches Leonardo made.

I am no Leonardo, but I remember Ed Rossbach, and I keep sketching…these words…here.

Danny was one of those people who was always getting paged. Before everyone was dialed in to 24/7 phone service, we’d go into a restaurant and the maître d’ would lean over and whisper discreetly that Danny had a call, sometimes even bringing a large black telephone to the table. We could be standing at the train station in Milan or the airport in Moscow (Russia or Idaho) and there would be that voice over the public address system: “Will Mr. Daniel Valnikov please report to the nearest courtesy telephone,” or whatever it was they said in Italian or Russian or Farsi… 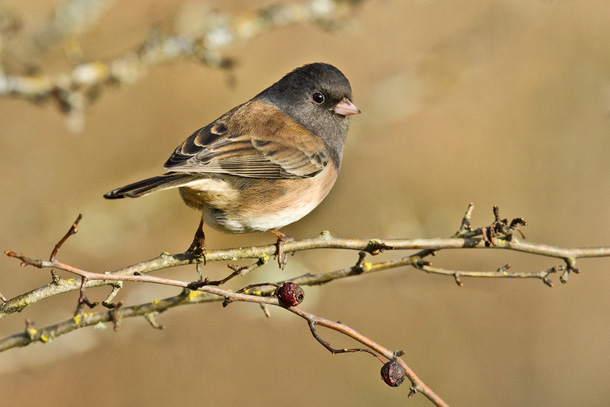 the night wind’s bright scattering of pale, round plum petals
snagged in the fingers of the yard’s low shrubs
as the junco chirps her warnings to the breeze: nest! nest! nest!
—–
Dark-Eyed Junco photo by Nature’s Pic’s

I am stuck on my own constrained definition of original — that every concept and word has to spring from my head, that I cannot borrow from the newspaper, from other people’s lives, from my earlier self. But of course this isn’t true, isn’t how writers write.

Writers are sponges, absorbing everything around them and then wringing it out — condensed, re-textured, re-imagined — on the page. Writing doesn’t happen in a vacuum, yet I’ve forced myself into an airless, blank-walled room and sit here waiting for the walls to spring to life. 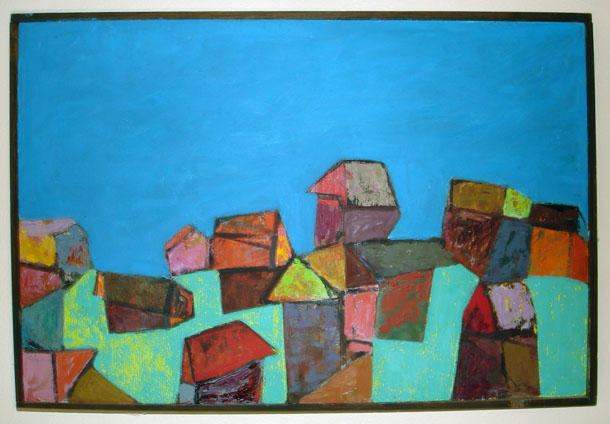 As we sit in the bar after the reading, friends offer up bits of their stories, anecdotes, and each one seems like a poem, like a ribbon to untie in my mind. But now the stories and the poems have escaped me, and my morning mind seems awash in wavelets at the shore, neither in the water nor on the land.

The light, of course. There’s always the light to focus my senses, to draw me into language. The day is still, very quiet, cloud-streaked, the poor plum tree with its shriveled brown blossoms now leafing out, plumless, each new growth tip on the spruce twice as big, twice as bright as yesterday. Mt Baker is hidden in the spring skirts of a distant tree, and now I see that the top of a nearer tree, a conifer, has breached the ridgeline and will, in not so many years, conceal the mountain from my view year-round.

This familiar vista, this movie that I watch each morning, reminds me suddenly of my mother’s viewing from her studio window, the scene she painted and drew again and again, the rooftops, the trees, the low dark hills. This simple observation, this constant re-seeing, a way to calibrate time, to capture the slippery anecdotes of memory.
—–
oil painting by D.A. Kleinberg ~ 16″ x 24″
For some reason, Dorothy didn’t like this painting and threw it in the trash. My father discovered it there, retrieved it and hung it on the wall in his workshop in the garage. I’ve always loved it; eventually it ended up on my wall. 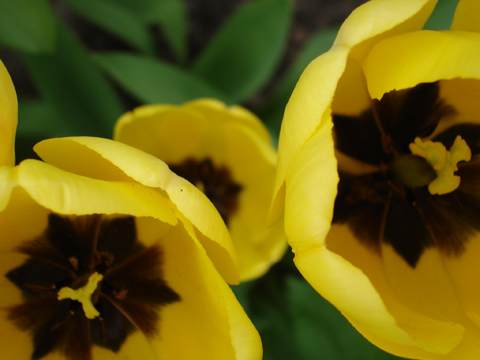 “There will be chocolate.”
Overheard, one table over.
Photo

From the other end of the table, he seemed shy. He rarely made eye contact. But when he spoke, he didn’t converse; he held forth in a loud, declarative voice, a voice of authority, a bad father’s voice. Not sharing or even telling, but lecturing. As he was speaking, his gaze was cast down or out, at a point far beyond the walls, unseeing, allowing no interruption to his barreling train of thought.

He had to complete his thought. But his thoughts were never complete and if someone broke in to his diatribe, he would pout. He was an authority, prone to conspiracy theories, an eager consumer of eclectic bits of conjured or conflated history that would explain everything.

Unbidden, he tore a sheet of paper into carefully counted pieces. On them he wrote, in a slightly crabbed hand, the titles of two books, then gave each person at the table one of his short lists.

As we were leaving, all rising from the table, hugging, talking around him, he was writing something else and was so focused and unaware that I had to call his name three or four times, standing right at his side, before he raised his head so that I could say goodbye.

space needle in the wild… 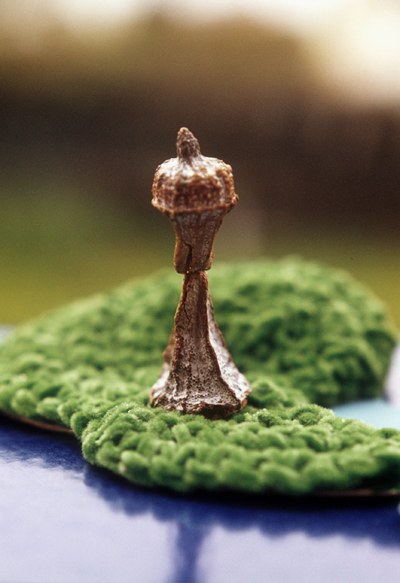 As she watched and he slept, the morning sun angled in the small plane window and fell coolly on his wrist where it rested on her thigh, his palm turned upward. His skin was fair and taut, his wrist broad and flat and his pulse beat slow and steady as she watched, a small point of life. With only the sibilant whisper of conversation audible above the engine’s roar, they traveled separately, together, toward the familiar destination. 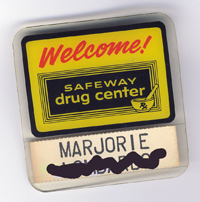 Marjorie, I have your name badge. You probably left it on the counter that last day at Safeway, unpinning it from your white blouse and tossing it down, the pin unclasped. Pulling off the apron, letting it drop in a heap, you bent to open that tiny crowded cupboard where they made you stow your purse, where there were always too many purses and too little room and one or two would come tumbling out onto the floor, sometimes spilling coins or a lipstick. But you knew which purse belonged to the Prom Pink and which the Clever Coral, so you’d put them back and pocket the coins.

And that last day you yanked your purse out of the cupboard and left the others where they fell, the lipsticks and pens and tampons and pennies rolling across the pharmacy floor, and you walked out the back door without saying goodbye. You wouldn’t miss the job, the questions about contact lenses and constipation, the boxes of cough drops that had to be counted and stacked just so. You wouldn’t miss the Man in the White Coat, as he was known, whose clever hands counted pills and grabbed at every passing ass.

The girls had been okay, full of yesterday’s gossip and giggling speculation every time one of the local boys bought a packet of condoms. And the little pills had really helped your mom. She didn’t cry as much now. You’d only taken one or two at a time. They shouldn’t have missed them. Now she would be back to her nights of weeping, never sleeping, never leaving the apartment. And you’d have to find another job, somewhere else, where everyone didn’t know you.

After a while, none of it would matter, you wouldn’t wish for the orderly, scrubbed counters, the mingled fragrance of perfume and wet cardboard, the flickering neon light in the front window.

Marjorie? I have your name badge. But then, you probably don’t even remember that job any more, couldn’t name the girls or their lipsticks or recall whether that was before or after you lost the baby. Maybe I’ll just keep the badge, stick it on my bulletin board and try to imagine what you’ve been doing since that day in 1977 when you pointed me toward the toothbrushes with a sullen wave of your hand, not looking up from your bottles of shampoo, your name badge a bright square of cheer pinned to your pressed white blouse. 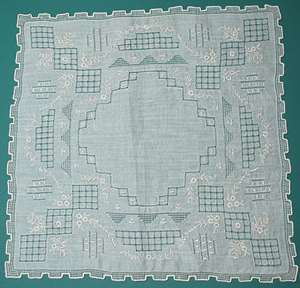 For sniffles and tears she drew a rumpled Kleenex from her sleeve, where it waited reliably, a small bulge above her wrist. But she was part of the hankie generation, her drawer stacked with squares of delicate cotton and linen, pressed and folded. Her own, her mother’s. The quintessential gift, always correct. Their pure whiteness ivory with age, tidy edges, rolled or scalloped, threads picked into lacy tracery, their embroidered initials stitching a timeline of marriages. Tucked into all her purses and coat pockets, unused, in neat folds, handkerchiefs were a symbol of gentility, a hopeful antidote to chaos.
—–
handkerchief photo 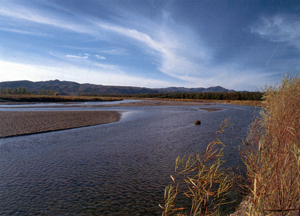 Like crickets calling in chorus, the leaves burnish the afternoon with their whispered rustling. Eddies of air twirl our hair, riffle the river, caress the stones crumpled on the shore. Green tendrils wave beneath the water, push emphatically through the sandy turf, bend to the lure of the sea. Purple weed, mauve rock, persimmon colored flower marooned at the water’s edge.

Gravity, ever serious at its work, presses on each of us here, holding us steady on the slope, weighting us down as if we too could be impressed upon the riverbank, anchored in the soil. But we are only sandbars, forming and reforming, drowning and basking in the cycle of days.
—–
photo by Rob Love 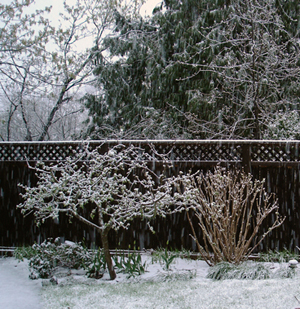 Just when it seems that spring may be settled in — daytime temperatures rising, grass in need of mowing, apple and plum trees blooming, tulips opening — the weather pulls a sleight of hand: snow.

Fat flakes stream down to give everything one last coating of winter. Ninety minutes of December, then the dripping begins. 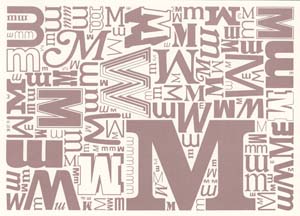 It was sometimes like this, Marjorie thought, the words belching out of her, the nags, the whines, the natters and annoying digs. As if she was hungry for something she couldn’t identify — notice me! notice me! — and in her inarticulate need, this petty bossiness snarled forth.

But what was missing? What was the hunger? Her plate full, what greedy craving could she possibly have?

Yes, yes, but you couldn’t just paint on this kind of between-us humor like a quick coat of nail polish. Maybe the absence of laughter was itself a symptom, like the nagging. Maybe these were both signs of words unsaid, feelings unexpressed, deeper connection untapped.

We can learn how to do this, Marjorie thought. We can ask, tell, say. We are just beginners.

Okay, then, she says aloud to the silent room, let’s get started… 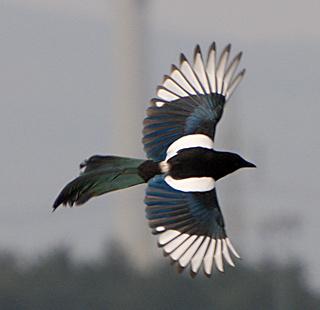 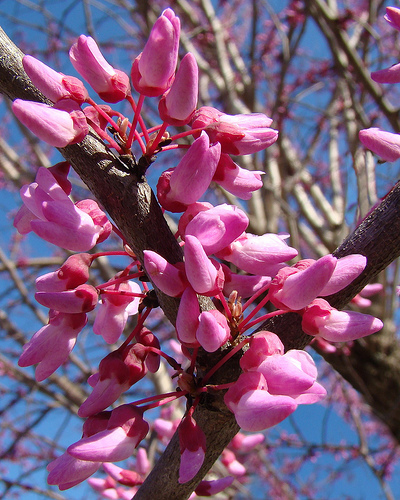 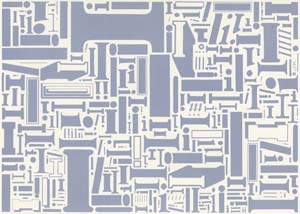 …There was nothing but time then, the horse’s steps measuring breath, the man’s silence broken by his occasional throat clearing or a tongue click to the horse.

Her hands lie idle; the miles stretch endlessly ahead. It is a quiet moment, rare enough at home, but she feels little appreciation for its peaceful embrace.

In his fine script, Berti’s letters had spoken of the people she knew, the brother and cousins who had left before. He spoke of his work, in a kosher butcher shop. But he gave her no clues to this new place, America. So, carrying the remnants of her history, she went toward the little she knew — her family, her Berti — into the maelstrom of the unknown.

She looked down at the warm baby and pulled him deeper into her lap. Only his face was visible, the rest of his sturdy body swathed in quilts and blankets — his eyelashes fringed against his cheeks, his round chin already showing Berti’s handsome cleft.

Ahead, the track led into a copse of trees that squeezed the faded light out of the morning. But inside the gloomy tunnel she looked up to see the specks of silver light that seemed to dance among the trees, relieving the darkness…

musings Concordance of the Unknown