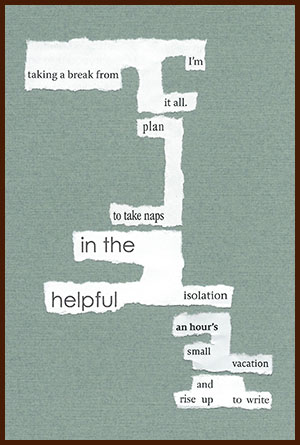 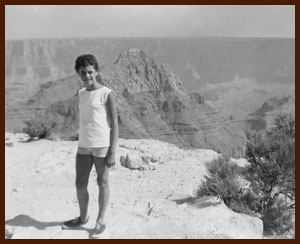 Each summer, the three of us went somewhere on vacation. We usually visited national or state parks — driving to Yosemite or Big Bear, staying in a cabin, taking walks, seeing whatever there was to see: nature.

The summer that I was 11 and in the most awkward throes of my adolescence, we took a long trip through the West, from Los Angeles to Las Vegas (where it was 117 degrees and raining, the swimming pool crowded at our motel), visiting Lake Mead and the Hoover Dam, then on to Bryce, Zion and the north rim of the Grand Canyon.

My mother hated Bryce (who hates Bryce?), but at lunch there we laughed together at our slices of apple pie with thick crust the consistency of cardboard. It set the standard by which we would always measure pie crust. Somewhere outside of Zion, we ate “broasted” chicken and saw bats flitting over the swimming pool.

One evening as we ate dinner in the lodge dining room at the Grand Canyon, we watched an electrical storm make its way across the Canyon, lightning flashes of canyon color and trees punctuating the darkness.

My father and I took a horseback ride along the rim, leaving our cabin on a cloudless blue morning, getting drenched by rain and pelted by golf-ball size hail along the way and returning to find my mother sketching outside the cabin, where it had barely sprinkled.

Dorothy decided she wanted to see the sun rise over the Canyon and set off early one morning, unable to persuade us to join her. I had barely fallen back to sleep when she came crashing back into the cabin, raising an alarm: “Porcupine! Porcupine!” Of course, she insisted we get up and come see, but by the time we returned to the trail we had missed both the porcupine and the sunrise.

Though I hardly knew what I was from one moment to the next — child enough to travel comfortably with my parents, girl enough to develop searing crushes on boys I met along the way — the trip was one of our most memorable. At the cusp, at my cusp, it demarcates the line between child and young adult as clearly and colorfully as the Canyon itself. 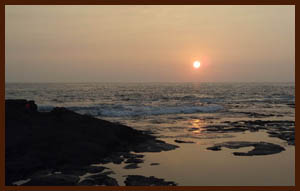 I take a vacation from work, rain, winter and writing. Returning, struggling to make a sentence, I see that this practice is much like swimming.
In the water, the current or tide might carry you for a way, but you only get somewhere if you move your arms and legs, breathe, over and over. On the page, the current is in the writing, the tide is made in the thrust and flow of words, each one a sip of air, buoying you minutely along toward the next and the next.

More things I didn’t know I was missing… 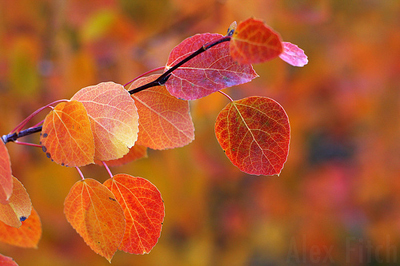 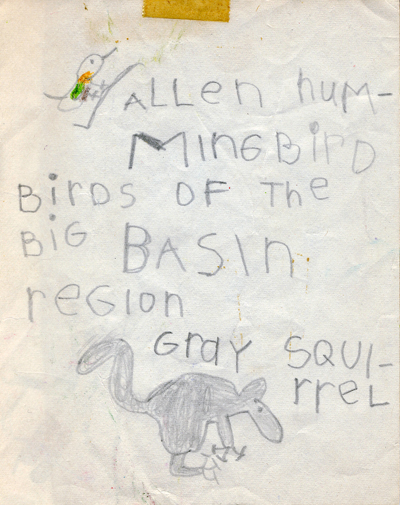 Each summer, the three of us went on a driving trip, my father behind the wheel, my mother at his side, me in the back seat. Mostly we went to national parks, or similarly park-like places, where we stayed in cabins and walked among large trees. We didn’t camp, my father declaring that the Army had used up his patience for hard ground and sleeping bags.

My memory of these trips is a badly edited slide show: driving through the desert in a sandstorm; counting squirrels outside our cabin in Yosemite; stopping in Las Vegas, where it was 117 degrees and raining, the hotel swimming pool crowded; a doe and fawn, accustomed to people, coming within touching distance; watching an electrical storm cross the Grand Canyon from our table in the lodge dining hall; scooping summer snowballs from a shaded roadside slope; laughing about the thick, cardboard-like pie crust in Bryce; a family friend holding me up as we tandem water skied on Lake Tahoe; dancing to Roy Orbison under the stars at Arrowhead.

There are few photographs from these trips. My mother sketched or painted; my father read and napped. I watched for animals, which, in spite of the nearness of my parents, I felt to be my closest kin. 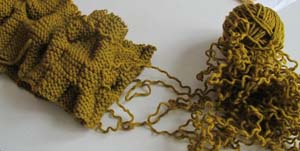 Having yanked the needles out of my knitted days to go on vacation, I now attempt to retrieve loose and lost stitches, to figure out where I am, what I was making, how to resume.
—–
unraveling photo by Wendy Briggs 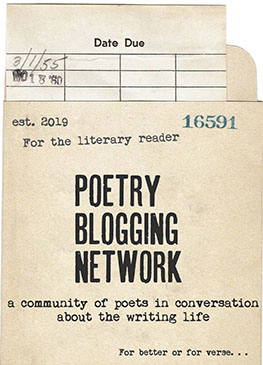