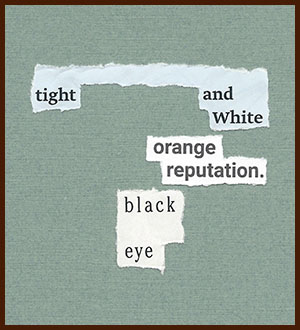 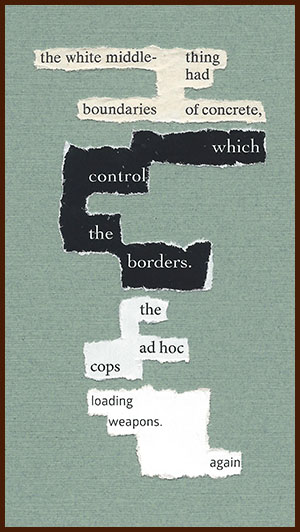 Sometime after I had left home, my mother discovered a minimalist aesthetic within herself. She stripped down the large space that was the living-dining room and the long hall that led to the front door, removing anything with color — upholstery, pillows, paintings and other objects — and replacing everything with tones of white, principally featuring some very abstract canvas constructions of her own.

If my father brought up a beautiful polished agate from his workshop and set it on the coffee table, Dorothy would move it to another room; if I brought home a sample of my weaving and draped it across the back of the sofa for viewing, without a word she would move it to my bed.

The all-white aesthetic was imposed upon only these ‘public’ areas of the house; the kitchen and our bedrooms and especially Dorothy’s studio were still heaped with stuff and splashed with color. But it meant that visitors were embraced by a kind of iciness from the moment they stepped in the front door. Granted, there was something calming about the monochromatic lightness. But there was also something obsessive and disagreeable about it, as if we ourselves were too colorful to merit attention. As if color itself could wound us mortally.

Over time, as color found its way back into her artwork, Dorothy eased her enforcement and gradually the house lost its art-gallery-on-opening-night feeling and softened back into a place to live.

I’m older now than Dorothy was then and though I keep a watchful eye for symptoms of minimalism in myself, my life continues to be a feast of color, texture and stuff.

In the lush green-gold of summer, there is so little white: daisy, pea blossom, halibut belly, and a white moth clinging to the off-white wall outside the front door. Drawn to the false sun of the porch light, it warms now on the morning wall, invisible to birds. It is dressed in a feathery cap, black and white stockings and furred pale gray antennae, plus two tiny, vestigial eye spots that fail to make a face of its wedding-gown wings.

Surprising, motionless, it lures me out into the cool dawn.
—–
guessing: spilosoma virginica? leucoma salicis?